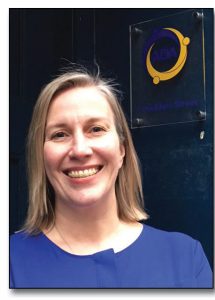 After 23 years of working for the charity Alcohol and Drugs Action (ADA) and a successful five years in post as Chief Executive, Luan Grugeon will be moving from her role as CEO to become a non-executive director of the charity later this month.

ADA delivers harm reduction and recovery services to the population in Aberdeen City and Aberdeenshire.  It works with a host of partner organisations to support people and families to reduce the physical and emotional harms associated with alcohol and drugs.

“It has been a great privilege to lead ADA and support the organisation to grow and develop in response to changes in local need around alcohol and drugs. ADA has adapted well to changes, but we have always stayed true to the core values of treating everyone with dignity and respect and always seeing the potential in people who are struggling with alcohol and drugs to achieve positive change.

“ I am very proud of what the organisation has achieved and the great team of staff and volunteers which we now have in place will continue to provide excellent care and support to some of our most vulnerable people. I am stepping down to focus on other areas, but I am pleased that I will still be contributing to ADA and its users as a member of the charity’s board of trustees.”

ADA has recently had its contract renewed with Aberdeen City Health & Social Care Partnership to deliver all third sector alcohol and drugs services in Aberdeen for the next 3-5 years.

“It has been a pleasure working with Luan as CEO of ADA.” says Roger Buckland, Chair of the charity’s Board of Trustees, “While we shall miss her strong and incisive leadership, she has laid solid foundations for the charity’s work and we’re happy to have her join the Board as a non-executive. We shall not lose her input and we expect to continue to be strong and influential in reaching and helping users, their families and the community for years to come.”

Luan is also a Non-Executive Board Member at NHS Grampian. She joined ADA in 1994 worked in a variety of frontline and management roles, and became CEO in 2013.

Cat Govan, ADA Service Manager, will take on the role of Acting CEO from February 2018 until a new CEO is appointed.

More details on the CEO vacancy can be found on the ADA recruitment page.