Earlier in the week, the UK Government was accused of a “wholesale rejection” of recommendations made by the House of Commons’ Scottish Affairs Committee inquiry into drug-related deaths in Scotland.

Scottish Drugs Forum’s CEO, David Liddell, has written the below in response. 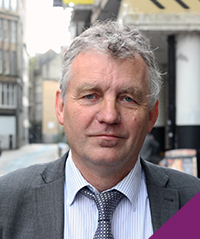 The UK Government response to the Scottish Affairs Committee report is utterly predictable, by and large.

If anyone had any lingering hope that there would be any hint of a shift to a more progressive approach from the Westminster Government,  this has been dispelled. What is clear is that Scotland cannot rely on the UK Government for assistance and help with the public health emergency we face.

In terms of the fatal drug overdose crisis, we have to be realistic and accept that one drug consumption room for 500 people will not significantly impact on the fatal overdoses that occur across Scotland amongst the 60,000 people with a drug problem.  We can only protect people from overdose by ensuring swift access to high quality treatment.  As long as only 35% of people who could benefit from the protection treatment offers are actually in treatment, we have to accept that we will not be able to reduce the rate of drug-related deaths. We need to double the number of people in treatment.

In relation to decriminalisation, SDF has long argued that this does not require the transfer of powers under this Misuse of Drugs Act but can be done within existing legislation. Scotland already delivers ‘recorded warnings’ to people caught in possession of cannabis; there is no reason why this could not be extended to all substances contained within the MDA.  SDF highlighted this in our evidence to the Committee and we will continue to support the extension of this simple means to keep people away from criminal justice and directed towards treatment, support and care.

On a more positive note, we can all welcome the two pieces of consensus that seem to have emerged – the importance of stigma which was also mentioned by the First Minister in the debate around the Programme For Government this month and the apparently shared commitment to address the root causes of problem drug use  – although we are likely to differ with the current UK Government on the roles of poverty, inequality, mental health, adverse childhood circumstances and experiences and trauma.