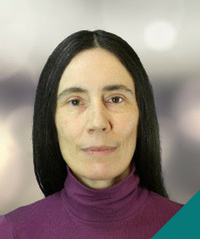 In SDF’s first guest blog, Lead Investigator at Australia’s National Drug Research Institute, Professor Suzanne Fraser discusses the pioneering ‘Lives of Substance’ campaign which aims to reduce stigma with accounts of the lives, experiences and opinions of people who use drugs, told in their own words.

Stigma has a profound effect upon the lives of people with substance use problems or who have a history of substance use.

Read on to discover how the ‘Lives of Substance’ campaign came
about and what impact it has had.

‘Chains of addiction’, ‘addiction epidemic’, ‘reformed addict’: coverage of drug issues in the media has long relied on negative clichés. In 2014 researchers based at the National Drug Research Institute (NDRI), Curtin University, Australia, began work to develop an alternative to the media coverage – a website presenting experiences of addiction, dependence or drug habit in people’s own words. Funded by an Australian Research Council grant, and based on a method originally developed at Oxford University and administered by DIPEx International, the site was based on a carefully conducted research project that explored experiences of addiction, treatment and recovery.  Late last year, the new site, Livesofsubstance.org, was launched at an event in Melbourne, Australia.

Why is this resource needed?

Research confirms something people who use drugs know only too well: they face intense stigmatisation and marginalisation. Driven by sensationalist media accounts and limited understanding among politicians and other commentators, public debate about addiction tends to oversimplify lives and experiences.

Based on past research, we knew that if we conducted a qualitative research with care and with a critical eye on the assumptions usually made about people who consume drugs, we would find much more – and we did. Contrary to familiar generalisations, people who use drugs (including heroin, methamphetamine, alcohol and cannabis) live rich lives with multiple interests and concerns, and can count all kinds of achievements such as education, family relationships and work among their experiences.

Information like this puts drug use issues in perspective and challenges common assumptions about people’s lives and worth.

Go to the website and you will find a range of resources: detailed biographies of each participant, interview snippets organised by themes such as ‘Looking after health and well-being’ and ‘Dealing with stigma and discrimination’. These snippets are presented in three formats: original audio clips, text extracts taken from the interview transcripts, and re-enacted video clips. The aim is to bring to life the words of our participants, and make sure that what people say is placed in the context of their whole lives. While the website was developed in Australia, its themes and stories are relevant around the world, including in Scotland.

How did we create it?

First we composed an advisory panel of experts including peer advocates, health professionals and policy makers. The panel helped us refine our interview questions, recruit our participants, analyse the data and design the site. Importantly, we found it easy to recruit people for interviews and had many more offers than we could take up: the chance to be heard was clearly important for many. Overall we interviewed 60 people, making sure we covered a range of drugs, ethnicity, sexuality and gender.

Our interviews were semi-structured and in-depth. Speaking with our participants at length allowed us to build complex pictures of whole lives, and we used the accounts we collected to produce the biographies. We then offered these back to our participants to check for accuracy. We used good audio equipment to capture high quality recordings of the interviews so that we could include some original voice clips, and we hired actors for our video re-enactments. An experienced video maker help us set up our video ‘studio’ and edit the clips.

When we interviewed people we made sure to explain the project in detail, and we offered them different consent options that covered different uses of their interviews. Some participants were happy for us to use interview extracts in all three ways (original audio, text and re-enacted video), others consented to one or two forms only: text plus re-enactment, original audio and so on.

After the interviews were completed we set to work analysing them, putting together the key themes people discussed, and writing them up to help place our extracts in context. It was a long process that involved making sure everything we wrote was accurate, easy to read, and avoided clichés.

To launch the site we invited well-known Australian memoirist, Kate Holden, to speak. Her wise book detailing her history of drug use and sex work, In My Skin, was a best seller. We were also lucky enough to have Jenny Kelsall, Executive Officer of peer advocacy organisation Harm Reduction Victoria, launch the site too.

One of the most wonderful aspects of the project has been the positive feedback it has received from participants and others. Some of our participants wrote to thank us, some attended the launch. Our evaluation survey produced extremely positive results, and we detailed these in a peer reviewed article, as well as in the Livesofsubstance.org report we produced on the project. We were excited to see the website discussed widely on Twitter, and linked to by many organisations. These links helped the site grow in visibility on Google. The site was also covered in a range of professional newsletters and appears on university and professional training syllabuses. One of the most satisfying endorsements came from Jenny Kelsall of Harm Reduction Victoria:

“The social history of people who use drugs remains poorly understood and our stories and experiences of drug use remain largely untold […] And what is known about people who use drugs is heavily weighted towards the most disadvantaged and perpetuates a negative and simplistic stereotype that all people who use drugs are mad, bad and dangerous to know. I’m enormously hopeful that this website will [help…] to end this silence and misrepresentation. Lives of Substance not only humanises people who use drugs, it allows them to tell their stories in all their complexity. “

We took great pride in knowing that, at least in the eyes of some, our aims have been fulfilled.

On a personal note

This project was one of the most challenging and rewarding I’ve ever taken part in. The stories people told us were fascinating and touching, their resilience in the face of social stigma inspiring. It was also a project that demanded a great deal in terms of skills. Not once when I was writing my PhD so many years ago did I picture myself designing logos and web pages, or wearing the hat of a film director casting actors, fiddling with an auto-cue, and then trying to advise on how to deliver lines.

The team I worked with (see below) was also an inspiration.

At times it’s all too easy to become frustrated by the level of public debate on drugs. This project took our frustration and turned it into determination to offer a different, more humane and respectful, view.

If you would like any of the many refereed journal articles we also wrote based on the interview material we collected, please contact me at suzanne.fraser@curtin.edu.au

I am also happy to supply postcards and posters if you would like to draw attention to the site in your service and networks.