The First Minister of Scotland, Nicola Sturgeon, has carried out a reshuffle of her government cabinet with a new Junior Minister for Public Health, Sport and Wellbeing appointed. 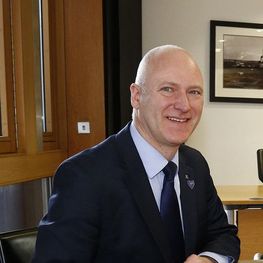 Joe Fitzpatrick MSP for Dundee City West has taken over the role from Aileen Campbell MSP, who has moved to become Cabinet Secretary for Communities and Local Government.

Previous to his new role, Joe served as the Scottish Government Minister for Parliamentary Business, a post he held from September 2012 to June 2018.

All new ministerial appointments will be subject to a vote of parliament on Thursday afternoon (28th July).