Stakeholders across Scottish society are encouraged to take part in a new initiative to raise awareness of drug-related deaths in Scotland and what can be done to prevent them.

Launched at SDF’s annual conference marking International Overdose Awareness Day, #StopTheDeaths acts to raise awareness of the rising toll of drug overdose deaths in Scotland and to focus efforts to prevent these tragedies. The initiative will also focus on other drug-related deaths – for example, those caused by adverse health effects of drug use.

For each of the last three years, Scotland has suffered record numbers of drug overdose deaths. Each of these tragic deaths impacts on individuals, families, communities and the nation. This cannot be accepted or allowed to become a ‘new normal’.

Drug overdose deaths are preventable. We know how to prevent these deaths and yet they still happen.

Scotland needs to prioritise this issue and take the actions evidenced to prevent deaths. These actions involve all stakeholders – people who use drugs, their families and communities as well as services and policymakers. The problem and the solutions belong to us all. 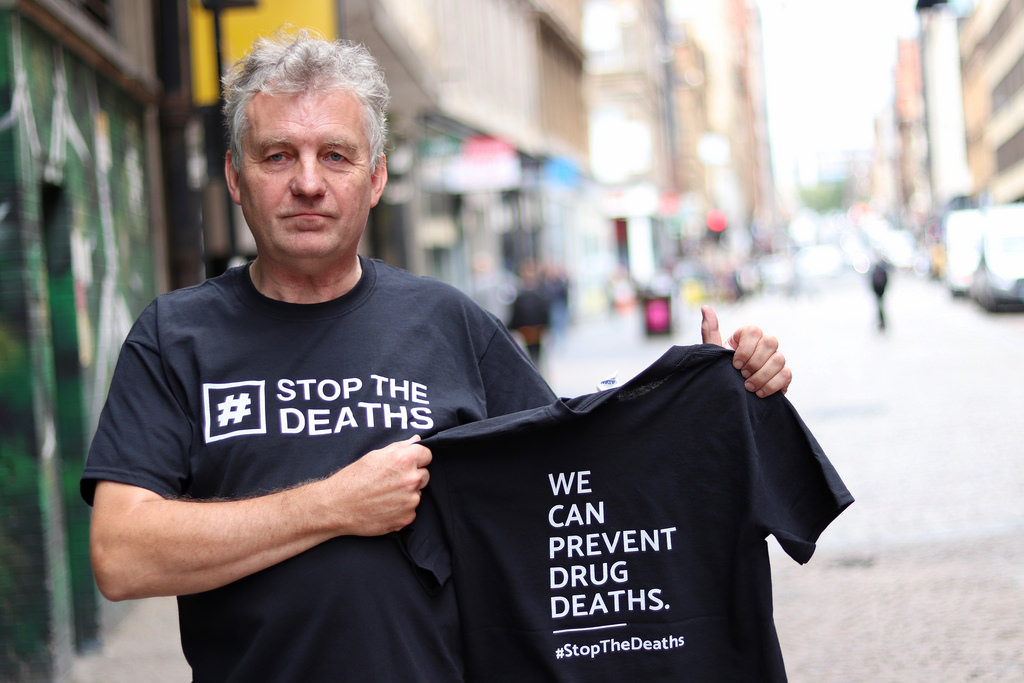 “From speaking to our members across Scotland, it is clear that the number of drug-related deaths in Scotland continues to rise at what now seems an exponential rate. This means that in 2018 Scotland will almost certainly suffer over 1000 preventable overdose deaths.

“#StopTheDeaths is a call to refocus our actions and to draw attention to evidence-based approaches and protective factors that can be deployed now. These include improving access to take-home naloxone, ensuring people have swift access to, and are retained in, treatment in high quality services, and providing a range of opiate replacement therapies tailored to the needs of individuals, including heroin-assisted treatment.

“The good news is that drug deaths are being prevented every day in Scotland.  However, we need a step change in terms of a co-ordinated approach and further innovation that can meet the scale of this challenge if we are to avoid the course we appear to be on. The Scottish Government’s new national drug strategy is an opportunity to show leadership, redirect the nation and decide to end this tragic situation.

“We believe Scotland should aspire to eliminate drug overdose deaths.”

#StopTheDeaths is a reminder to everyone in Scotland that drug death prevention is possible and that we all have our parts to play.

#StopTheDeaths is a call for local and national focus on preventing drug deaths and for all stakeholders to prioritise and focus on this agenda.

#StopTheDeaths is a message of hope – that we can respond to record drug deaths by developing a world-leading response to this national challenge and aspire to eliminate drug overdose deaths.

People can take part by uploading a #StopTheDeaths logo to their social media profile image, taking a photo with the logo and sharing it or recording a short video. All details of how to do this can be found at www.sdf.org.uk/stopthedeaths

On Friday, to mark International Overdose Awareness Day, SDF will launch a new, free to access e-learning course to coincide with the launch of #StopTheDeaths, which covers how to recognise and reverse an opiate overdose using the lifesaving medication naloxone.