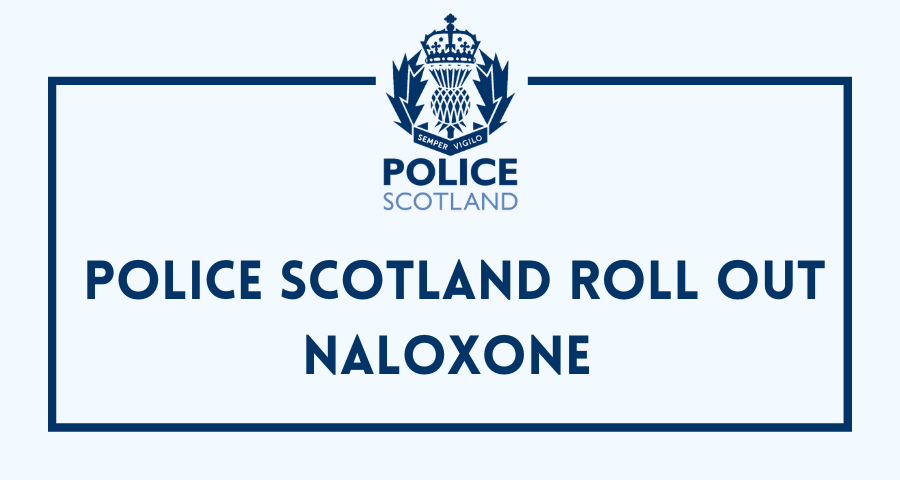 Police officers across Scotland will be able to carry and use naloxone and so contribute to The National Mission to Reduce Drug Deaths.

Police officers in local areas in Glasgow, Dundee, Falkirk, Stirling and Caithness had taken part in a pilot in 2021.  That pilot has now been evaluated after naloxone was administered on 51 occasions.  It has now been agreed that there should be a national rollout of the initiative.

Chief Constable Iain Livingstone said: “I know the terrible toll of drugs deaths in Scotland and policing is committed to playing our part in reducing the harm caused to individuals, families and communities.”

During the test of change, 808 officers were trained to use naloxone, and 656 (81 per cent) volunteered to carry the nasal spray kits.

An independent academic review conducted between March and October 2021, during which naloxone was used 51 times, recommended a national roll-out.

“Police officers are often first on the scene of a suspected overdose and are well-placed to act quickly and potentially save a life –  the pilot has shown this. It is no surprise that there were 51 administrations of naloxone over the 6 months, which also sadly highlights the scale of the problem. Expanding naloxone carriage by police to cover the whole of Scotland is significant, and an obvious next step. It has been positive to hear frontline police recognising that this is part of key policing duties to preserve life, and be able to intervene effectively.”

Work is under way to secure stock of naloxone and a national programme of training and equipping over 12,000 officers, will be undertaken in the coming months.